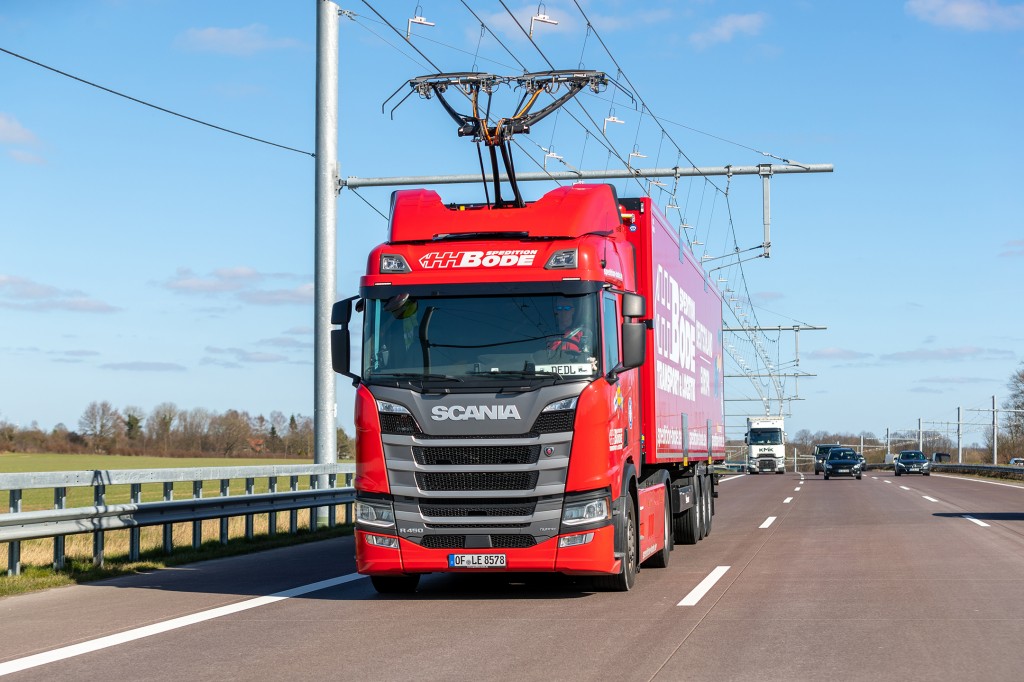 The Government has given the green light to an ambitious £20 million project to start rolling out battery-electric trucks in the UK. Funded by the Department for Transport (DfT), the project will demonstrate how road freight trials can help the UK move towards its net-zero carbon emissions goals by 2050.

Fossil-fuel powered road vehicles will cease to be on sale from 2040 so the transition to electric-powered transport of all sizes is accelerating at pace. Whilst electric vehicles are becoming a more common sight on the country’s road networks, cars are the most common mode of electrified transport.

Heavy Goods Vehicles (HGVs), however, are a more complex matter and the e-highway project aims to demonstrate the feasibility of decarbonising long-haul road freight at minimal economic cost.

The electric highway, officially known as the Electric Road System (ERS), trial will cover a 12.4 stretch of the M180 motorway near Scunthorpe in Lincolnshire. Using overhead power cables, electric HGVs will connect directly to the power source using a pantograph system, as used on the country’s electric locomotives and trams. The electric HGVs will be self-propelled by internal battery systems for when they are not connected to the ERS.

This system of good vehicle electrification has already been trialled in Germany, Sweden and the United States. The trucks for the ERS will be provided by Scania (Sweden) with the electrification from Siemens (Germany). The civil engineering side of the project is to be led by Costain, who will be managing the infrastructure.

Other feasibility studies under the £20 million project include a demonstration fleet of battery-electric DAF Leyland Trucks for use by public sector organisations and potentially a trial of hydrogen fuel cell trucks and infrastructure in Scotland.

Commenting on the ERS project in Scunthorpe, William Wilson, the CEO of Siemens Mobility Limited, said:

“Investing in proven technologies like e-Highways can help us go further and faster to decarbonise the UK’s transport network, and support jobs and growth to level up the country.

By building on successful trials from other countries like Germany, our ERS consortium M180 trial will help the UK move a step closer to replacing more polluting trucks with clean, efficient electric HGVs.”

“Through our bold and ambitious transport decarbonisation plan, we’re leading the way in the transition to zero emission vehicles by becoming the first country in the world to commit to ending the sale of all new fossil-fuelled road vehicles by 2040, subject to consultation.

From Doncaster to Scotland, by working in partnership with industry, this funding will allow us to better understand the role of zero emission HGVs while levelling up the industry and boosting regional economies.”

Further information to the Government’s commitment to to decarbonise the entire transport system in the UK can be seen in the DfT’s Decarbonising Transport: a better, greener Britain.

Caltest are happy to discuss a bespoke system for your unique requirements, whether for battery management systems or truck e-highways, so call us now on 01483 302 700 or complete the simple contact form.

See what Caltest can do for your business…