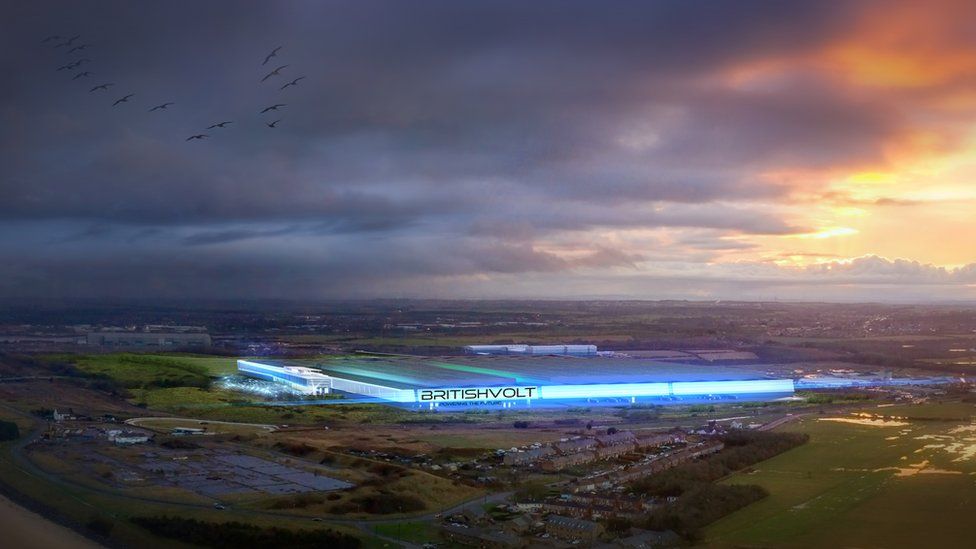 The site in Blyth, Northumberland, was home to the former Blyth Power Station, which was finally decommissioned in 2001 and demolished in 2003. Britishvolt acquired the 235-acre (95 hectare) site and plans to invest £2.6billion in building the country’s first “Gigaplant”.

The firm plans to “break ground” in Q3 of 2021, building one of the largest buildings in the world at 500m x 500m. The Gigafactory is expected to provide 3,000 highly skilled jobs and a further 5,000 in the wider supply chain.

Once the huge battery factory opens, by the end of 2023, it will start production of lithium-ion batteries for the automotive industry. By the final phase of construction, in 2027, Britishvolt plans to produce batteries to power approximately 300,000 electric cars a year.

The news comes as a welcome addition to the country’s plans to become strategically important in the booming electric vehicle industry and also to help the UK’s drive to achieve Net Zero by 2050.

Orral Nadjari, Britishvolt’s founder and CEO, said of the initial securing of the site, back in December 2020:

“We are delighted to have secured this site in Blyth. This is a tremendous moment both for Britishvolt and UK industry. Now we can really start the hard work and begin producing lithium-ion batteries for future electrified vehicles in just three years. It is crucial for the UK automotive industry and for the entire economy that we are able to power the future. The sooner we start, the better.”

Regarding the strategic placement of Blyth, he added:

“Blyth meets all of our exacting requirements and could be tailor made. It is on the doorstep of major transport links, easily accessible renewable energy and the opportunity for a co-located supply chain, meets our target to make our Gigaplant the world’s cleanest and greenest battery facility. We have had an extremely warm welcome from Ian Levy MP and Northumberland County Council and are looking forward to working with them closely on this project.”

In addition to an electric vehicle battery Gigaplant, producing lithium-ion batteries for the UK’s EV ambitions, the site will also be home to a world-class Research and Development (R&D) centre. Britishvolt has signed deals with three of the North East’s universities; Durham, Newcastle and Northumbria.

“We are delighted to enter into this partnership with three of the North East’s leading universities, helping us to explore collaborative R&D opportunities looking at future technology advancement and assist in building out the required skills needed to further the UK’s battery industry.”

But the move is about more than production, with the firm hoping to bring inspiration as well, Paterson concluded:

“Alongside the universities we are hoping to inspire the next generation of scientists and engineers by familiarising themselves with battery technology and the Britishvolt project.”

After more than a year of lockdown, the Gigafactory project is a welcome advance towards making the UK a powerhouse in battery technology. Rather rely on imported technology, Britishvolt will be producing advanced battery technology on UK soil, all powered by clean and renewable energy.

The 235 acre site is now officially set to become the UK’s first gigafactory.

Commenting on the expected impact of the new plant on local and national industry, he continued:

“It’s fantastic news – not just for the local area, but the wider county and the whole region.”

The news comes just one week after Nissan announced that their battery partner was also to build a electric vehicle battery plant to supply its car production in Sunderland.